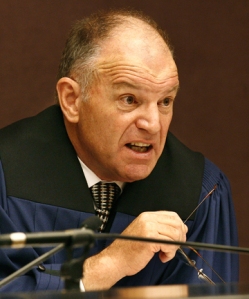 I’ve written to the media and I’ve done numerous blogs about Jai Davis. In one of them I argued there were at least 20 different staff members at the Otago prison who could have been prosecuted.  The coroner, David Crerar (left), also criticised the Corrections Department and labeled the police investigation into Davis’ death in 2011 as flawed.

Personally I didn’t think any of these people would be charged with murder or manslaughter. But I thought, at the very least, one or more of them would be charged with failing to provide the necessaries of life. Afterall, if you sit around and watch someone die when you’ve been told that person is suspected of ‘internally concealing’ drugs;  if you do nothing when it becomes totally obvious this person is sick and actually under the influence of drugs, all of which is documented in the coroners findings; if you don’t call the doctor or the ambulance and then the person dies, surely that’s a crime of some sort.

Not according to the police. When they finished their investigation, which took four years, the police decided no crime had been committed. Even after the coroner went through all the evidence in a lengthy inquest, and criticised prison managers, officers and nurses, the police stuck to their guns. No one would be prosecuted for anything.

As far as I was concerned, there wasn’t much more I could do. I’d written to everyone I could think of but as far as I could see, justice had not been done. I was about to give up.

But unbeknown to me, an intrepid TV3 journalist, Thomas Mead, had written to the police asking for copies of all emails between Detective Inspector Colin Blackie, who was in charge of the investigation, and his boss, Stephen McGregor.  It took the police six months to respond. But when they did, those emails were a revelation.

It turns out that after conducting a wide-ranging investigation and interviewing over 60 current and former Corrections employees, Colin Blackie (below) ran out of steam. He was supposed to write a comprehensive report on the case to help the police lawyer decide what charges should be laid. Instead, he went on leave and delegated the task to another police officer – who seems to have been totally incompetent. 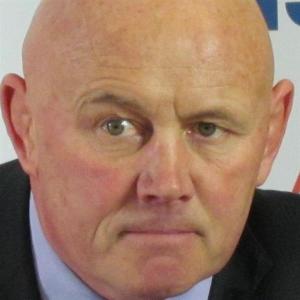 So incompetent that in one of the emails, Stephen McGregor said he was ‘gobsmacked’ by the inadequacies of the report which he described as ‘substandard’ and ‘significantly short of all the necessary documentation.’  In another email he said:

“The report is lacking on a variety of fronts and is structured as a bullet point repeat of what witnesses have said with no clear link back to the key issues or in any form of clear chronology… There is no reference to the legal issues that are on the table, (or) a focus of those issues back to the evidence established from the investigation.”

“The report should follow the chronology, from the first Intel around the intercepted phone conversation through to Davis’s death, with reference to the various Corrections and nursing staff along the way as to what they said and did (or didn’t do) and what the evidence supports… Currently there is no clear path in the reporting so this would need to be rectified.”

Stephen McGregor told Inspector Blackie he needed to ‘redo’ the entire report. But Blackie remained on leave and never got around to it. Making matters worse, the report was supposed to be reviewed by an experienced police lawyer, Anna Tutton, (left) who was familiar with the case. But she went on leave as well and delegated the job to a contracted lawyer who was entirely unfamiliar with it. Not surprisingly, the new lawyer struggled to understand the nuances of the case. Stephen McGregor wrote:

“The legal advisor beavered away trying to work through it and from time to time had to call on (name redacted) to provide further documentation or follow-up on an issue. As the weeks have gone by, more problems arose to the point where I got a call from (name redacted) frustrated at the lack of appropriate support from (name redacted).”

Apparently this contract lawyer was unable to figure out from the report who did or didn’t do what; the emails indicate the only charge she even considered was the possibility of manslaughter against one prison officer, Fred Matenga. He was on night duty the day Davis died and started his shift at 11.00pm. But Davis’ last bodily movement on the videotape recording was an hour earlier, at 10.01 pm.  In other words, by the time Fred Matenga came on duty, Davis was already dead so there is no way he could be charged with anything. The police explanation for this was that the evidential test (for manslaughter) had not been met. In fact there is no evidential test, but that’s another story.

‘Failing to provide the necessaries of life’ is a less serious charge than manslaughter with a lower ‘evidential test’.  How come the police lawyer didn’t consider charging any of the nurses or prison managers with that?  The answer, it seems, is that the police report was so substandard and so much information was missing that the lawyer couldn’t figure out what had happened. She failed to realise that the nurses and managers who refused to call the doctor for two whole days were committing a crime. Instead, she thought that was part of a ‘systemic issue’ within the prison for which no one was responsible.

So was a crime committed? Not according to the police. We’ll see what the IPCA has to say about that. Damn! I guess I’ll have to write another letter.

4 thoughts on “If you don’t call the doctor when someone is dying of a drug overdose, is that murder, manslaughter or ‘failing to provide the necessaries of life’? According to police, it’s not even a crime.”