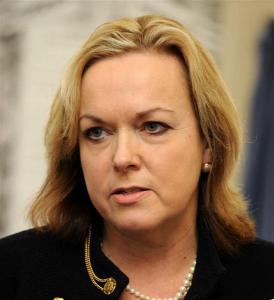 According to this New Zealand Herald story, Rise in reoffence rates ‘puzzling’, the Corrections Department has told Judith Collins it is struggling to understand why reoffending continues to rise in New Zealand.

The background is that in 2011 the Government set Corrections a target – to reduce reoffending by 25% by 2017. In 2014, the Department claimed it had achieved a 12% reduction and was halfway to its target. Its progress has now fallen to 8%. The Herald says:

This is simply not true. In fact it is a blatant lie, contradicted by a statement in Appendix Two of the Department’s 2015 annual report (p 134) where it admits:

The reality is that eleven of the twelve rehabilitation programmes run by Corrections are producing small, statistically insignificant, results.

One of the basic tenets of rehabilitation involves learning to take responsibility for one’s mistakes; this requires some degree of insight and personal honesty. It is ironic that Ray Smith and his management team expect criminals to front up and take responsibility for their behaviour when he and his team are not capable of it. They are lying to the Minister and to the public.

Not surprisingly, Judith Collins has swallowed what Ray Smith and his officials are telling her hook, line and sinker. Collins said there were a number of reasons why progress had slowed…

“In particular, Corrections was now dealing with a more challenging group of offenders. This was a result of police increasingly diverting less serious cases out of the justice system. Corrections had been left with fewer first-time and low-risk criminals, and a larger proportion of people who were more likely to reoffend.”

This is also not true. The Department has always focused its rehabilitation programmes on high-risk offenders who are more likely to offend. It is only in the last few years that first-time offenders and low-risk criminals have even become eligible to attend these programmes – allowing Collins to claim that the number of offenders engaged in rehabilitation programmes is now at a three-year high. So is the prison population which, in November last year, reached an all-time high of 9171 inmates.

The fact that these rehabilitation programmes are not working should come as no surprise. Virtually the same story hit the headlines in 2006  when Corrections revealed that the Straight Thinking programme actually increased the likelihood of reoffending instead of reducing it. Simon Power was the Opposition spokesman for Corrections at the time; for months on end, he kept calling for an inquiry into the way Corrections was being run.

As a result of all the publicity, Corrections scrapped most of its programmes and designed brand new ones. One of those is called the Medium Intensity Rehabilitation Programme or MIRP.  I predicted this would make no difference in a blog in March 2012 – see The MIRP doesn’t work.  Four years later, the Department’s Annual Report shows that none of these new programmes are working. 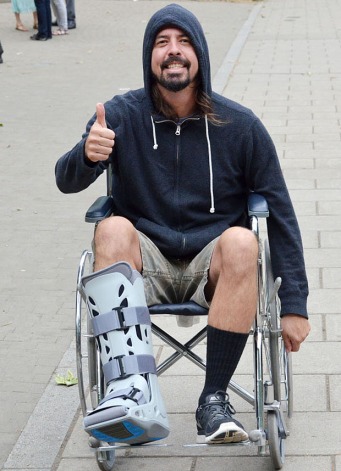 The reason is obvious. Those who end up in prison tend to come from backgrounds of deprivation and abuse, and suffer from mental health problems and addictions. A useful analogy is that are emotionally and socially crippled – the psychological equivalent of having two broken legs. Rehabilitation in prison is akin to placing a plaster cast on one leg. The other leg only gets a plaster cast when the prisoner is released – in the process of reintegration.

The reality is that placing a plaster cast on one broken leg when both of them are broken is not going to help. The prisoner still can’t stand up, let alone walk on the straight and narrow path that society expects. Given the lack of resources put into reintegration, it is no wonder that the Department’s rehabilitation programmes don’t work and prisoners continue to reoffend. What is really strange is that Ray Smith and Judith Collins find this puzzling – when, in fact, it’s totally predictable.