Being sent to prison in Otago is hazardous to your health. If you get sick, you may well die because you won’t get much help from the prison nurses or doctors.

In 2010, Richard Barriball committed suicide in the Otago prison after he was unable to access the painkilling medication he had been receiving in the community for an injury to his arm. The coroner, David Crerar, criticised Corrections for providing Mr Barriball with ‘sub optimal treatment’.

In 2011, Jai Davis died when prison nurses refused to call a doctor even though Mr Davis was admitted to the prison with internally concealed drugs (codeine and benzodiazepines).  Davis was responsible for swallowing the drugs, but David Crerar was critical that half a dozen nurses on duty that weekend ignored his deteriorating condition and none of them called the doctor. 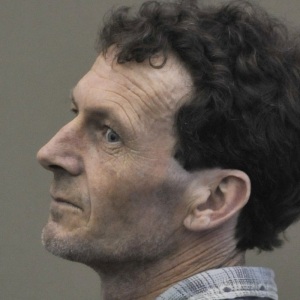 The same coroner has just revealed that in 2012 Boyd Cuttance spent 48 days in Otago prison. He developed an invasive fungal infection in the brain and sought help for severe headaches 30 times during those 48 days. He was only transferred to hospital after his mother who happens to be a nurse went to see him, discovered he was ‘extremely unwell’ and demanded he be sent to hospital. He died two months later.

The coroner, Mr David Crerar, cleared Dunedin Hospital staff of any wrongdoing but found prison management, doctors and nurses were totally wrong in thinking the actions they had taken constituted ”appropriate health care”.  All they did was take a blood test and give him some panadol. Mr Crerar said Mr Cuttance’s symptoms ought to have indicated to an experienced nurse or GP that something was seriously wrong with him.

Today, the Otago daily Times reports that yet another prisoner has committed suicide in the Otago prison. It will be interesting to see what involvement he had with the prison health service before he decided to take his own life. Given the speed at which the coroner works, it’ll be another three years before we know the answer to that.

But the real question is how many more people have to die before David Crerar gets sick of molly-coddling Corrections and demands an official inquiry into the Otago prison health service. If he doesn’t, the Health & Disability Commissioner or the Ombudsman certainly should. But that’s not going to happen is it. Why? Because they’re prisoners, not human beings, and no one gives a shit. Except their families.