During his current incarceration in Paremoremo, Arthur Taylor has got right up the noses of Corrections officials by repeatedly taking them to court. He asked the High Court to rule that the National Party’s blanket ban on prisoners voting contradicts human rights – which it does according to the European Court of Human Rights. He appealed the smoking ban introduced by Judith Collins – and won the legal battle forcing the Government to change the rules in order to win the war.

Mr Taylor has become something of a ‘prison lawyer’ and for a while was allowed to store his legal files in a separate room. Not surprisingly, Corrections management don’t like him, and in June 2011 he was placed on ‘directed segregation’ after he was allegedly caught with a cell phone in his possession.  (If the Department’s cell blocking technology actually worked – current cost $13 million – Mr Taylor would not have been able to use a cell phone, but that’s another story.)

Directed segregation means the prisoner is locked in his cell 23 hours a day and unable to communicate with other prisoners.  According to the Ombudsman, this “allows a prison to restrict or deny a prisoner the opportunity to associate with other prisoners thus reducing any influence or risk that they may present.”  However it may “only be imposed when absolutely necessary to protect the security, good order and safety of the prison, and should only be imposed for the period that such a risk exists.”

Segregation in prison is a punishment of last resort so is usually imposed for only 14 days.  Arthur Taylor was kept in segregation for more than eight months.  He complained to the Ombudsman who took the matter seriously and released a 34 page report titled the “Management of Arthur Taylor at Auckland Prison between 15 June 2011 and 30 April 2012”.

The prison manager has to have a valid reason to extend a segregation order. So prison Residential Manager, Tony Queree, wrote a memo saying it was “clearly evident that prisoner Taylor has taken excessive advantage of the unit staff efforts to support him in the preparation of his (legal issues). No matter where we place him, he has continually shown that he presents a significant ongoing threat to the security and good order of this institution.” 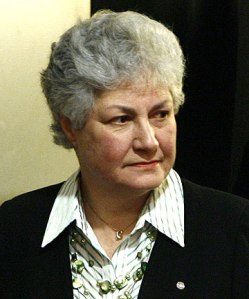 The Ombudsman (Beverley Wakem) could find no evidence that Mr Taylor continued to pose a risk to the security of the prison beyond the initial 14 days.  She contradicted Mr Queree’s assertions noting that:

“No incident reports, misconduct paperwork, or file notes were attached to support Mr Queree’s contention that Mr Taylor remained a threat to the security and good order of the prison… Mr Queree did not provide any information which showed the risk remained, and as such, an extension was required.

“The reference to the assistance provided to Mr Taylor for his legal matters does not appear to be valid… as approval had been given by the Department for Mr Taylor to have an office area, and there was a legal obligation for the Department to provide assistance to prisoners for the preparation of legal proceedings.”

Nevertheless, Mr Taylor ended up in continuous segregation for the next eight months – because management regard him as a litigious and difficult prisoner.  Not only was he isolated from other prisoners, for much of the time he was also denied his entitlement to exercise for an hour a day and was allowed only one five minute phone call a week. The Ombudsman was highly critical of virtually every aspect of Mr Taylor’s segregation and said:

“In many cases most, if not all, of Mr Taylor’s rights and entitlements listed on the management plan were restricted despite no risk being identified in relation to those areas… There are no documented reasons for the decision to deny (him) the ability to associate with other prisoners.”

At one point, the prison manager placed Mr Taylor in what is known as the High Care Unit (HCU). This used to be known as the At Risk Unit but these cells were decommissioned years ago because of their run down condition.  At Risk Units are designed to prevent suicidal prisoners from committing suicide and operate in most New Zealand prisons.  They’re more like sensory deprivations cells – with no TV, no radio, nothing to read and no visitors allowed. The inmates hate them.

Putting psychologically vulnerable prisoners into such conditions was criticised by the Ombudsman in the 2011 OPCAT report “because the units are focused on custody rather than treatment.”  That report described the detrimental impact on prisoners “who had been detained in at risk units for several months, often in strip conditions, and with limited opportunities to interact with other.”  The Ombudsman has also noted that Corrections uses At Risk cells to ‘manage’ prisoners who will often “drift in and out of the At Risk Unit whether they are at risk of self-harm or not.”

The Ombudsman was particularly concerned about conditions in the Auckland HCU, as there was no power or running water and nearby lights were left on all night. Leaving the lights on for months on end contributes to sleep deprivation – one of the ‘clean’ torture techniques used by regimes which claim to respect international law and human rights.

Noting that Mr Taylor was held in these segregated conditions for months on end, the Ombudsman said “Denying a prisoner the ability to associate with other prisoners is a significant restriction to the prisoner’s rights, and can have significant impact on prisoners’ well-being and mental state of mind if the denial of association is for extended periods of time… The placement of Mr Taylor into the HCU, along with the restrictions imposed by the management plan… was more akin to a punishment regime. Further it appears that his placement into the HCU had the effect of exacerbating his behaviour rather than improving it.” 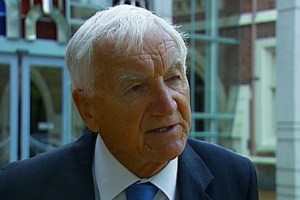 This should come as no surprise. Retired defence lawyer, Peter Williams QC, who has extensive knowledge of prison conditions, discussed the issues in a Herald article: Jail isolation breaks souls and minds. The question is – does this constitute torture?

The Ombudsman seems to think so. In yet another OPCAT report, Monitoring Places of Detention (2013), she wrote:

“Segregated prisoners at Auckland and Mt Eden prisons had particularly bad living conditions… Most prisoners placed on directed segregation were not receiving a daily minimum entitlement of one hour in the open air….The lack of appropriate management facilities at Auckland prison… is exacerbated by a lack of stimulation for those held on long-term segregation.

“Accommodation for those prisoners currently undergoing a period of segregation is well below standard and could be considered cruel and inhuman for the purposes of the Convention against Torture.”

In other words, the Ombudsman specifically describes the treatment of Mr Taylor as a ‘punishment regime’ which  ‘exacerbated’ his behaviour and depicts the segregation cells in Paremoremo  as ‘cruel and inhuman’.  She excuses herself from doing anything about this by putting the words ‘could be considered’ in front of ‘cruel and inhuman’.  What this seems to mean is that until a prison official is actually charged and convicted, it’s a moot point.

But the Ombudsman is not about to rock the boat. If she had been willing to take a more proactive stance, the United Nations and the New Zealand police would have to be notified and then a prosecution could then be initiated against the prison managers and Corrections chief executive, Ray Smith.

The potential penalties for Mr Smith are serious. The NZ Crimes of Torture Act – which includes cruel and inhuman treatment – says anyone who “conspires with any other person to commit an act of torture” or “is an accessory after the fact to an act of torture” is liable to up to ten years in prison.

The reality is that describing what happened to Arthur Taylor and other segregated prisoners as torture – and suggesting the chief executive should be prosecuted, would likely lead to a media frenzy. It would be politically disastrous for the Corrections Department, the National Government and possibly for the Ombudsman.  No wonder she was reluctant to notify the United Nations or the police.

In the absence of a more definitive statement from her, will the police prosecute anybody? I doubt it. So who you’re gonna call?