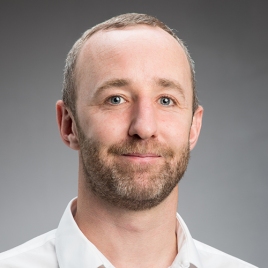 Last week, I attended a lecture at Victoria University by Dr Liam Martin (right) titled ‘Rough Passages – Prisoner Re-entry and the Role of Probation’. We were told about the substantial difficulties that ex-prisoners face when they attempt to ‘resettle’ in the community: the most basic problem is finding somewhere to live.  Imagine trying to arrange accommodation in a flat or a boarding house while you’re still in prison. That’s practically impossible. Corrections could help – and has hired ‘reintegration officers’ for this purpose.  The lecturer told us about one particular prisoner whose reintegration officer didn’t even get around to talking to him until the day before he was due to be released. By then it was too late to arrange anything.

In Canada, 60% of prisoners are released into half-way houses funded by the Canadian Corrections Department. But not in New Zealand. Because Corrections can’t be bothered organising accommodation for those coming out of prison, they give each prisoner a cheque for $350 to help cover rent and food in the first week out.   For some strange reason, this cheque is referred to as Steps to Freedom.  It’s not enough for a bond on a flat, and certainly won’t last until they get on the benefit, so it’s often used as a first step to getting drunk or stoned.

The second basic need for most ex-prisoners is finding a job. Try that with a criminal record; it’s almost impossible. Even if an employer is willing to overlook the guy’s criminal history, if the offender has to report to Probation three or four times a week (during work hours), that’s certainly not going to help his chances of getting a job. The lecturer told us that…

“for ex-prisoners, re-entry into the community is a transition from a secure bed and three meals a day – into poverty”.

Under such circumstances, robbing a dairy or a supermarket for some food may look like a viable option. The ex-prisoner will probably end up back in prison with three square meals a day – problem solved.  In other words, Corrections sets them up to fail.

The Department claims on its website that its unhelpful approach is based on the “What Works paradigm”.  The lecturer told us that the underlying assumption of this model is that those who end up in the justice system are all potentially dangerous and the probation officer’s role is solely to reduce their risk of re-offending.

Officers are taught to use a standardised risk assessment questionnaire to measure this risk. If the offender gets above a certain cut-off score on this assessment, then the officer is required to take certain actions such as reporting the risky prisoner to his manager and increasing the number of times he has to check in with probation.

Under the What Works paradigm, those on probation are also required to attend rehabilitation programmes – because Corrections believes these programmes work. Mostly they don’t – but attendance is compulsory and enforcement action is taken against offenders who don’t comply.

In other words, the intention of the What Works paradigm is to enable the Probation Service to impose control and compliance on ex-prisoners and other offenders in the community.  This approach does not encourage the probation officer to show any personal interest in the offender or inquire about their needs or their problems; and it doesn’t encourage the development of collaboration or joint problem solving between the offender and the officer.

In her book, From Outlaw to Citizen: Making the Transition from Prison in New Zealand, VUW researcher Anne Opie, says offenders report that this dynamic does not engender trust or respect for probation officers.  Offenders are reluctant to tell their Probation Officer the truth about their personal circumstances or any problems they may be experiencing, as this can lead to additional reporting requirements and further sanctions.

According to Opie, offenders believe this is little more than a box ticking exercise. It enables the Corrections Department to say they followed the rules and did everything according to the book. This is exactly what Corrections said after Tony Robertson raped and killed Blessie Gotingco while being supervised by Probation. They may have followed the rules. The problem is, they’re following the wrong rules.  As Dr Elizabeth Stanley from VUW puts it:

“Corrections is led by attention to limited, increasingly meaningless, sets of data that focus on process and quantity rather than outcomes or the quality of (the prisoners’) experiences… The ticking of boxes trumps any strong probation service interest in work, education, finance or the re-building of relationships … (and officers are) driven by the need to ensure that their organisation could not be blamed when things go wrong.”

There’s another set of rules that criminologists say is more helpful – rules based on a paradigm called ‘desistance’ (meaning ‘to stop or discontinue’).  Instead of focussing on controlling ex-prisoners, the desistance model is more about encouraging them to do better.  Offenders are seen as human beings with strengths and potential that needs to be developed. This approach allows probation officers to befriend offenders, show a personal interest in their particular circumstances, and define tasks the offender needs to carry out in a collaborative process – rather than one dictated by an arbitrary, alienating set of rules.

In summary there are two broad approaches to the management of offenders on supervision in the community – the ‘What Works’ mantra and the more humane desistance approach. ‘What Works’ was used in the management of murderers like Graeme Burton, William Bell and Tony Robertson; it clearly doesn’t work. Its time Corrections found a new paradigm, preferably one that doesn’t just rely on ticking boxes.