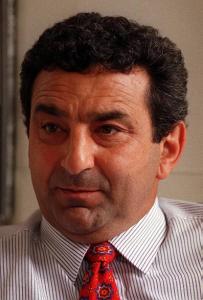 When there has been a serious miscarriage of justice, media scrutiny can sometimes lead to a public crusade in favour of the alleged perpetrator.  Arthur Alan Thomas, David Bain and Teina Pora all received intense media scrutiny and, eventually, were freed from prison. But it took a long time and they all needed public exposure and someone crusading on their behalf.  Joe Karam (left), for instance, became an extraordinary advocate on behalf of David Bain. He visited Bain in prison over 200 times and wrote four books about the case.

Investigative journalist, Mike White (below), has also been something of a crusader. He raised doubts about the original conviction of Mark Lundy in a North & South article titled “The Lundy Murders: what the jury didn’t hear”.

According to the NZ Herald, Lundy would never have got to the Privy Council if it hadn’t been for Mike White’s article – see Operation summer: My time with Lundy.

Then there’s Scott Watson – in prison for the murder of Ben Smart and Olivia Hope in 1998. For the last 17 years he has also maintained his innocence and appealed his conviction all the way to the Privy Council in Britain. A book published by Mike Kalaugher in 2001, a television documentary by Keith Hunter in 2003, and an IPCA report about the case in 2010, all cast considerable doubt on the integrity of the police investigation. Former ACT party leader, Rodney Hide, said Trial by Trickery by Keith Hunter was the most shocking book he had ever read and that it undermined his faith in the New Zealand justice system.

All of this was to no avail. The Privy Council declined to even consider Watson’s case. So now he wants to be allowed to talk to Mike White, in the hope this puts his case back in the spotlight and someone picks up the cudgels on his behalf. But Corrections is refusing to allow the interview on the grounds that the interests of the victims outweigh the public interest – despite the fact that Olivia Hope’s father wants to be present at the interview. So Watson is seeking a judicial review of Corrections’ decision. 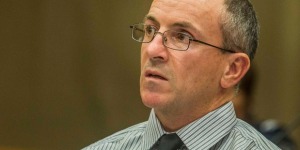 The editor who made these deletions is an Australian calling himself Nick-D. Mr D blocked me from editing Wikipedia indefinitely in May 2013. However, the blocking process is ineffective and allowed me to continue editing under a different pseudonym. Whenever Mr D finds out I have contributed something to an article, he deletes the new content and blocks the new pseudonym.

This is all very strange because Nick-D has a quote at the top of his user page from Canadian writer, Margaret Atwood. It reads:

“There’s one characteristic that sets writing apart from most of the other arts – its apparent democracy, by which I mean its availability to almost everyone as a medium of expression.”

So Nick-D appears to believe that writing and editing Wikipedia is part of ‘democracy’ which should be available to almost everyone. But when it comes to the availability of Wikipedia articles about miscarriages of justice in New Zealand, that’s where his commitment to democracy stops. The reason for this hypocrisy is demonstrated by another quote on Nick-D’s user page in which he describes his editing strategy like this:

“Arguing with anonymous strangers on the internet is a sucker’s game because they almost always turn out to be – or to be indistinguishable from – self-righteous sixteen year olds possessing infinite amounts of free time.”

Nick-D doesn’t seem to have the skills to edit constructively on Wikipedia – which inevitably involves arguing with anonymous strangers – so he blocks those contributors he doesn’t like or doesn’t agree with. That’s hardly democratic. The point is – Scott Watson is stuffed. Corrections won’t let him talk to Mike White and Nick-D won’t let anyone tell his story on Wikipedia.

Given the contentious nature of Watson’s conviction, he deserves the right to talk to a reputable journalist. He also deserves to have an accurate description of his case on Wikipedia – as do Mark Lundy and Teina Pora.  Why? Because transparency and integrity are the cornerstones of our justice system.   We all need to know what’s going on. Without that, it’s not just Wikipedia that’s blocked – so is society.  If the political system becomes oppressive or the justice system gets it wrong, our democracy is threatened. It depends on freedom of expression and on ordinary citizens having access the media.

4 thoughts on “Scott Watson wants access to the media, but just got deleted from wikipedia”